The Realistic Joneses and Palm 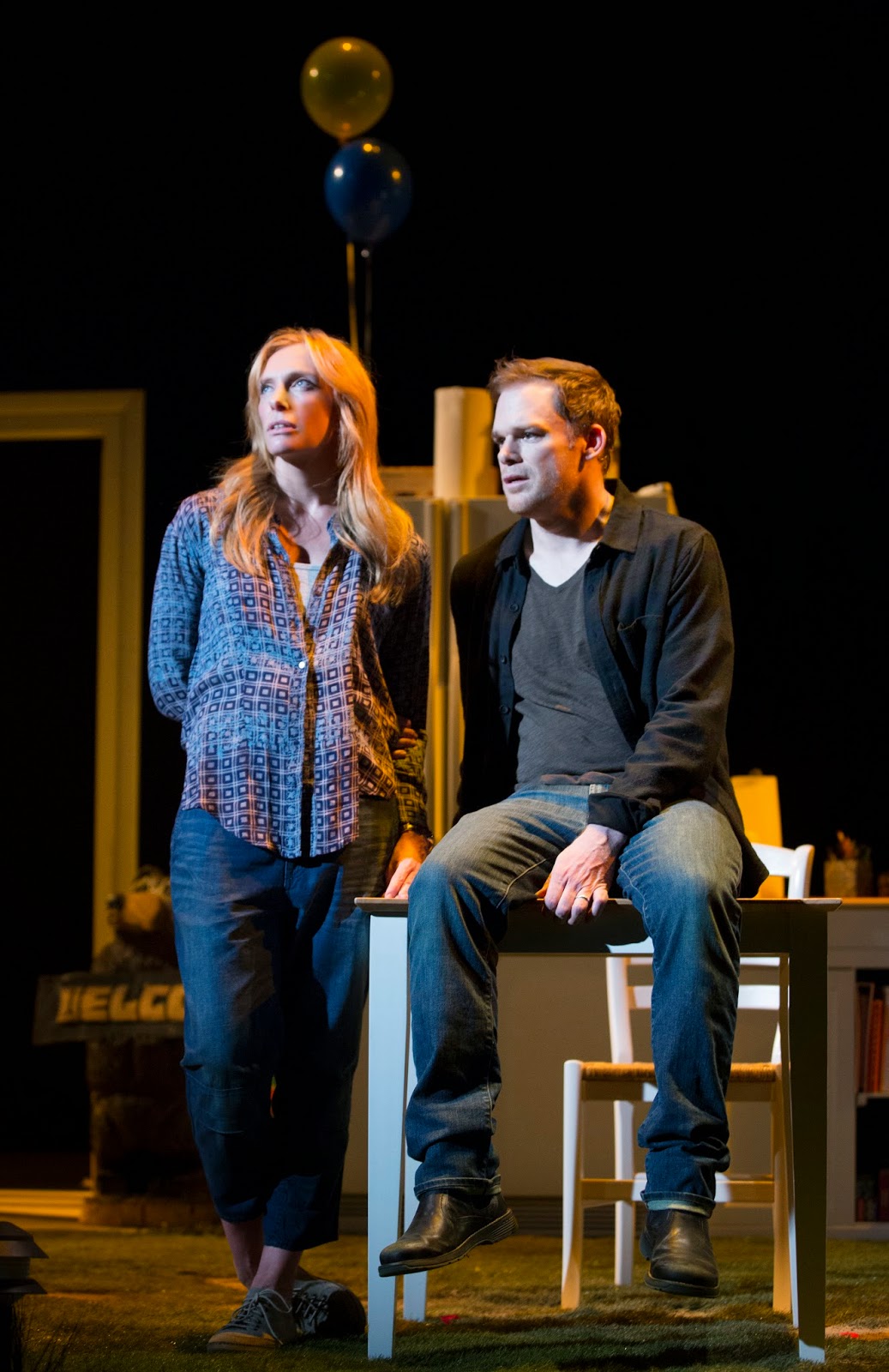 A four-character drama, taking place in the country where two couples – both named Jones – are neighbors. Tall pines and a hooting owl frame their next-door lawn furniture. It’s a dream to live in the country like this, and Will Eno‘s new play, The Realistic Joneses, let’s you hold on to that dream, even to see it more clearly.

When John and Pony Jones (Michael C. Hall of “Six Feet Under” and “Dexter,” and Marisa Tomei, stripper with a heart of gold in The Wrestler and the mother of Jonah Hill in Cyrus) wander over one night to the yard of Bob and Jennifer Jones, it feels a little menacing that they invade the privacy of the more conservative neighbors (acting superstars Tracy Letts and Toni Collette).

The couples live there to be near Dr. Leavey, one half of the experimentally-treated Harriman Leavey Syndrome. The husbands have been diagnosed with this (fictional) degenerative condition that is not yet recognized by AMA. They’re four talkative people navigating murky waters and carrying on inventive conversations. The play has many laughs, which you wouldn’t guess from this plot summary.

What’s great is seeing four stellar actors go at it body and soul. Toni Collette anchors the ensemble with her “realistic” presence. Having loved her on television and in films, onstage Toni Collette is out of this world. Stalwart Tracy Letts adds interest to the role of cranky Bob Jones, though this character seemed borderline abusive to his wife (our beloved Toni Collette). Oscar-winning Marisa Tomei is excellent here, however playing a ditz with lines including malapropisms worthy of Gracie Allen. Apart from the zingers, Tomei is fun.

We never dream these two couples could have anything in common. They do. They briefly switch horses midstream, affairs that are offstage and too quickly swept under the rug. But perhaps we saw Betrayal too recently. Pony Jones did not seem lost enough to agree to a romantic interaction with Bob. Toni Collette, on the other hand, was totally believable as likely to get it on with the Michael C. Hall character. She’s a superb actor and makes even her role as Bob’s bookkeeper wife soulful, especially when she put her hand on John's thigh.

Michael C. Hall is John Jones, a not-too-bright electrician afflicted with the uncharted disease. Hall’s unexpected magnetism onstage makes losing one’s marbles seem a sort of adventure or, at least, nothing to be angry about, as Bob was. Maybe the moral is that with the diagnosis of a terminal disease there are many ways to respond. 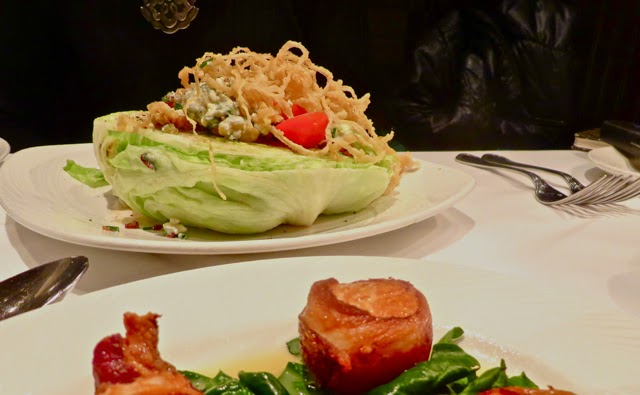 The original Palm restaurant on Second Avenue opened in 1926 and reporters, especially from the nearby Daily News, and Times restaurant critic Mimi Sheraton, wrote their columns while eating steak and lobster there. That is so believable when you see the big portions at the Palm. Consumed at a reasonable pace, one could write a novella over dinner. Or even over the iceberg lettuce wedge salad topped with blue cheese and onion rings. Or the bacon-wrapped sea scallops.

As if surf and turf were not enough, chicken parmigiana and pasta are on the menu. We went to a pre-matinee business lunch, an extensive prix fixe, including filet mignon medallions à la Oscar: on an asparagus spear raft, with a topping of jumbo lump crabmeat, and frothy Hollandaise on the side. Signature desserts include carrot cake with cream cheese icing and crisp pecans, and a remarkable dark-chocolate layer cake that you will remember always. Clubby fittings of the theatre-district Palm imitate the Palm on Second, where the original caricature drawings by Jolly Bill Steike reside, duplicated in the wallpaper in its other restaurants. Many famous cartoon characters were drawn there by their makers, including The Phantom, Popeye, Felix the Cat, and Mr. Magoo. The current caricaturist is Al Evcimen.

The Palm is still owned by the same family and serves a menu that looks the way it did when brilliant Daily News columnist Jimmy Breslin began eating and writing there.

Posted by Linda Olle and Jensen Wheeler Wolfe at 2:49 PM