Don Giovanni and Via della Pace 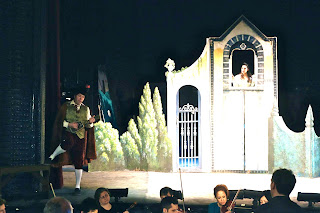 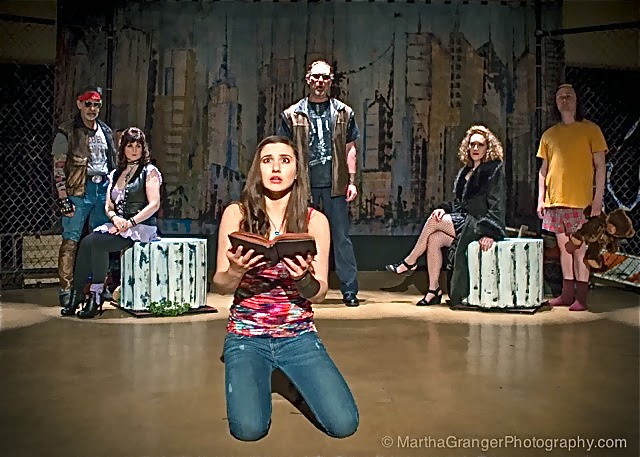 Epic Poetry traces a young woman’s search for the father she never knew. The resourceful Connie Castanzo is our heroine, and Noah Witke plays the 13-year-old half brother she discovers on her quest. They enact a story that is being played out more and more in our fractured world.

James Bosley’s play gives new meaning to the search by splicing in the Odyssey and the Iliad. The Greek chorus is composed of characters met along the way. Drummer Jason B. Lucas punctuates the story. Tubular bells, singing wine glasses, and Carmina Burana are used to great effect.

This odyssey snakes through the subway and out to the sunnier outer boroughs. Set designer Duane Pagano transforms the space with city skyline and chain link fence, and when the action moves to a trailer park, pink flamingos and plastic windmills. A trailer park couple is embodied with gusto by Elizabeth A. Bell and Carlos Molina. Rik Walter provides more comic relief. The lovely actor Bill Christ is the long-lost father returning from a war. He is not our heroine's hoped for and dreamed of father, but she has travelled so far that she knows how to handle, philosophically, any surprise that life deals her. What a good story she’ll have to tell when she returns home.

Up Theater Company is dedicated to entertaining the Inwood neighborhood with regional theatre of the highest order. “We eschew crowd pleasing chestnuts” is how they put it in their mission statement. They are lucky to get a director known for his edgy work in Shakespeare (including Hamlet set in a prison, the well-received Bound in a Nutshell, 2008). Gregory Wolfe directs this new play for Up Theater with characteristic grace and wit.

The Washington Heights Inwood neighborhood that supports its local cultural establishments has a selection of fine restaurants. We were directed to Refried Beans, but went instead to the new Las Tapas, serving Spanish happy hour pintxo or tapas. We were seated in a back garden with a fountain.

Diners around us ate heaping salads with a side of cassava chips before entrées , but we stuck to the tapas, or small plates, menu. Pulpo y Papas, tender octopus with Yukon Gold potatoes was a classic. Tortilla, the ultimate potato omelet is served warm here (rather than room temperature as we've had it before). Creamy croquettes come with two sauces. Grilled asparagus was so fresh, straight off the grill, with melted Manchego. Our favorite was Chicharon de Cuerda, or pork belly with a crispy crust, served on chickpeas in a heady red sauce. Toasted baguette allows you to mop up. Complimentary garlic olives help you wait for your food to arrive. Las Tapas serves six kinds of sangria, including a four-glass sample. A long happy hour (from four to eight) makes anything possible.

Posted by Linda Olle and Jensen Wheeler Wolfe at 1:22 PM